skip to main | skip to sidebar

Kim
Rachel's party was the week's big event and took most of my time.  Things turned out mostly the way I'd hoped and she had a great time so that's the best part.  I had help from a young woman from church (who was Rachel's primary teacher last year) since I won her "party planning" services at the service auction in October.  She was very invested and helpful even if she didn't realize she was dealing with a bit of a party planner to begin with...it's always interesting working with someone who doesn't exactly get what you're thinking.  After my needless worrying, there were 13 guests at the party.  We served spaghetti and meatballs and played lots of games.  I love a good theme!  Our neighborhood has lots of really sweet kids.  It was impressively under control.  Nearly all the kids gave Rachel some kind of craft project as a gift.  It's cute that they know her so well.  She's been in heaven crafting it up.

Rachel is already thinking about next year's theme.  "Under the Sea" is her initial thought.  We'll see if I'm up for another home party by then.  Somehow this fall I managed to commit to a Little House on the Prairie party for Rachel when summer comes.  It will be fun to plan a party in the warm weather but I may not be able to face "Under the Sea" come January unless it's at a local pool...

This coming week I need to take down the decorations, return a bunch of borrowed stuff and gear up for the Chinese New Year party I'm hosting for Ben and his friends.  I'm trying to keep it low key but that's harder than it sounds.  I can get carried away.  I also need to get started on my book club novel, Maisie Dobbs.


Rob
Monday Archer and I stayed home; he had a total meltdown and I
couldn't send him into school like that.  He wound up getting some
sleep, and was a lot better afterwards.  Tuesday, McGuire stayed home
from school with Allison because he was feeling terrible.  Wednesday
everyone did their appropriate thing, until we left D&D.  Our
Friendly's was closed!?!  Apparently there was a rash of stores
closed, again, and this time our weekly meal-house was one of the
victims.  Friday night Archer had his friend Logan sleep over, but
Archer wound up puking on Saturday.  He was running a fever later in
the day, so he wound up napping on the couch with me while watching
some excellent playoff football.  Sunday he was still sick, so we
stayed at home and rested.  Monday, since Archer was feeling better,
McGuire wanted to have the Sweenys over.  They took turns playing
Dance Central 2, then watched Willow and finished with a little Rock
Band 3.  Poor McGuire caught whatever Archer had last night, and woke
up at 4:30 vomiting.  Hopefully next week will be posted on Sunday,
and have less bad stuff.


Kurt
Wow...what a week.  On Tuesday night I headed down to NYC to hang out with my good friend Taylor. He is an actor who I met while he was doing a deaf play in Hartford. Carries kids actually saw his play when it was touring.  We ate at an ALL macaroni and cheese restaurant. It's like/or is a chain restaurant and the place is shaped like a C (like macaroni) 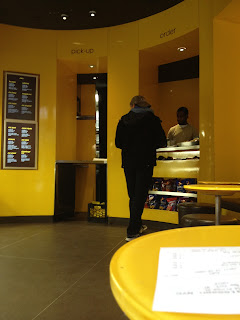 Wednesday morning we went to THE NEW MUSEUM to see Carsten Höllers Exhibit. It was all about sensory deprivation 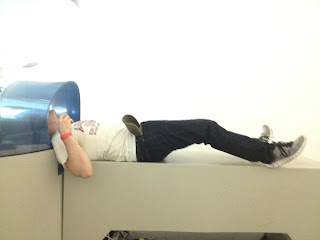 and changing the way you look and use the space around u. 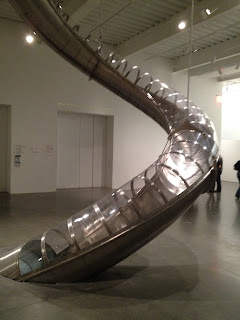 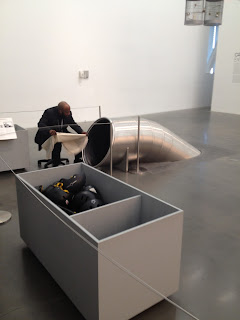 and a shallow pool that one person at a time goes in to nude (there are walls). 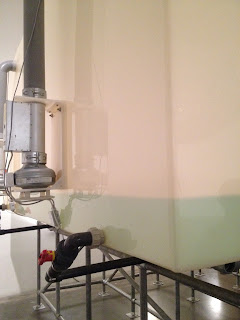 I was most excited to see his life sized resin cast animals that are BRIGHTLY colored.... 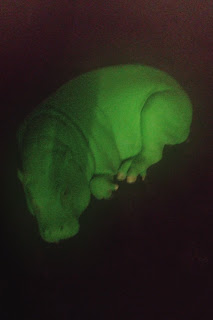 I had read about them in an art book that I got for christmas right before I heard about his exhibit! 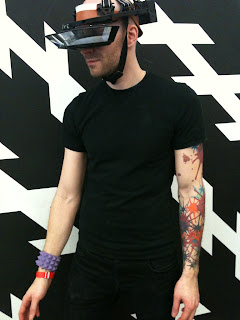 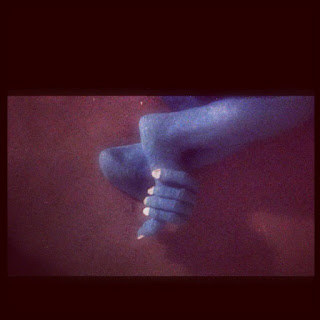 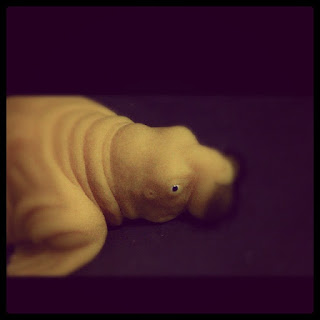 I then got to do a NEW character at TEN31 that was more of a yoga/contortionists performance. 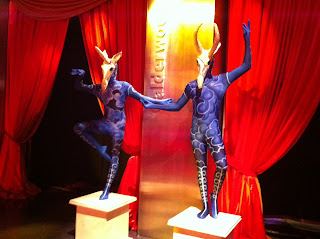 I'm the unicorn...on the left.
I have also been editing the film non-stop. There is a little "commercial" on my YouTube page now.

And all through this I started making some shoes 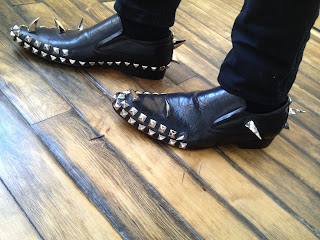 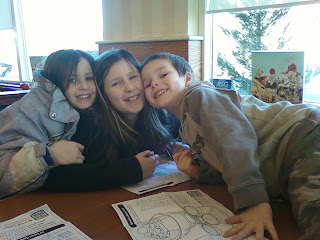 So, I've been busy helping to plan my friend's jack and jill :) Sean's truck is all better.  I replaced our new computer that crashed. Replaced our dinosaur tv in our bedroom. Got new books and a calendar finally! And did all of that with gift cards so I hardly spent money!!! Love that :)  This week I'm going to take the boys to their favorite museum, and gear up for the fashion show on Sunday! I'm going to miss going to them in Providence since Kurt is moving on. :( Have dinner with friends of ours who has a little guy. Baby fix!!! My pilates is going well and the elliptical is still keeping me running!! Got to keep that up.  That's all for now.      xoxoxo.

Garden of the Gods